The Soul of a Change Agent – Part 3 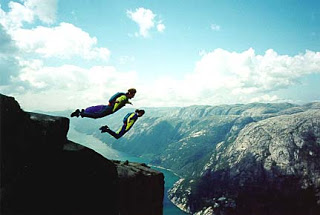 “You don’t need me anymore, you’ve got it figured out and you’re on your way” was both the most satisfying and frightening statement my personal coach told me a few weeks back.

It’s been almost a year since I first found her and I remember our first session where she asked me what I thought about the possibility that there was something out there that knew more than I did that was guiding my decisions.

Funny thing was, I found her through dumb luck.  Or maybe intentional luck? I had recently been at Agile 2012 and went to a System Constellation session.  I googled that term to see if there was training available in Toronto and her website came up because her old company had the word “constellation” in the name.  I emailed her and asked if she did that type of training, she replied that she had no idea what that was but that she did do personal and executive coaching.  The rest is history.

She figured out pretty quickly I’m an analytic and pragmatic person and sometimes logic is important to being a change agent and sometimes it isn’t.

This was difficult for me as during my Agile Zealot days I had taken the “values and principles or the highway” stance approach to Agile Coaching and I thought that was about thinking with the heart.

Over the last year, I’ve been practicing thinking more with my heart.  I’ve spent a great deal of time learning more about Argyris, Jung and brain-based coaching to understand more about change and how people are affected by change and much less time working on Agile tools and processes.    I’ve been criticized for being “too fluffy” or “not pushing change hard enough” and at first my response was anger and frustration for these accusers who clearly had no idea about the people-side of change.

In all cases, thinking with my heart helped me realize that “Agile Transformation this” and “Agile Adoption that” are nothing more than triggers for change.  Great organizations don’t need a gimmick like Agile to be great organizations.  They need leaders and people that respect each other, communicate well and care about the well-being of each other.  Some will say that’s what “Agile culture” is.  Fine.  But those cultures existed before Agile came around and they’ll exist when Agile is dead and gone.

A few weeks back I was talking to a new organization that was looking to “transform to Agile”.  It was refreshing to hear their stance that change has to happen organically and it can’t be forced.  It was also refreshing to hear feedback from the VP who said, “You’re quite reasonable to talk to….you didn’t beat me over the head with the Agile Manifesto like others do, in fact, you didn’t even bring it up once.”

“Sacrilege!” I’d have said to myself a few years ago.

So how can we as change agents practice putting more ‘soul’ into our work?  For starters, I’m not using ‘soul’ in a spiritual or religious sense.  Perhaps mantra works better for you? Swagger? What the French call, “I don’t know what“?  The best I can do is offer advice on how I started practicing:

So is there something out there that knows more than me that is guiding my decisions?  To me, that means being more aware of my surroundings and picking up subtleties in things I read and things I hear in conversations.

I’m amazed at how often I quote an AYE experience in my posts, but here’s another one I’ll leave you with.  At AYE 2009 I asked Esther Derby how I could bring back all of my new knowledge and force it on the organization so I could fix them.