Recovering from Failure, A Year Later 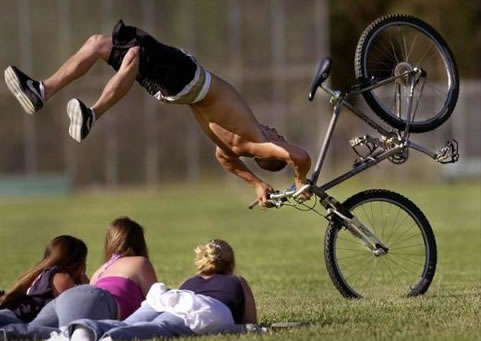 Last year I completely tanked at Agile 2012.    We, in the Agile community, like to say that failure IS an option and in order to learn and grow, you must fail.  Rightly so I suppose, but it sucked.

It felt horrible to feel embarrassed in front of my peers, more so when I was asked “so, how’d your session go?”.

But do we really learn more from failure than success?  Who knows.  Google that and you’ll find articles that contradict each other citing various research papers and experiments.  You’ll also find the famous quote from Einstein where he says he didn’t fail, he simple found 10,000 ways that didn’t work.

On one hand some say too much success makes people complacent and they learn less.  On the other hand, some studies show the brain catalogs successes and boosts your confidence and creates better neurological connections than failure does.

From what I’ve read, neuroscience has shown many other findings about how our brains react to success and failure but there isn’t a definitive answer that says you learn more from one as opposed to the other.  Pick which stance suits you and go with it.

I guess what I’m saying is we all adapt to the outcome of events differently and it’s up to the individual to find out what works.  For me, I need to get angry first, then calm, then sometimes play drums, and then I need to pour the remaining energy  into a new bowl of hard work. Christopher Avery’s responsibility process suits me very well.

Here we are a year later and I feel redeemed.  My session with Ardita Karaj was well received and the harshest comment was “it started a bit slow“.  That’s much better than the “HUGE DISAPPOINTMENT” comment from last year!  Here are a few of the comments we received:

“Good visuals and real life examples of what Agile transformation can really be.  Quite useful, Thanks!”

“great experience report, enjoyed it, I wanted to ask – what as one thing you would do differently as you look back?”

“to me, the most useful parts involved the specific things you did (for example, having an issues board)  I came away with a lot of ideas!”

“clear action, clear sequence, focus on real experience.  that provide hints for me.  very good to have a website for more detailed sharing”

As another feedback mechanism, the conference used red, yellow and green cards to allow the attendee to idenify whether or not they  would recommend the session.  We had 51 people and ended up with 28 green cards, 2 yellow and no reds.  So depending on how you look at it, I can skew the output of that in many ways:

NPS (Net Promotor Score) was +87  (28 promotors, 2 neutral, no detractors) – only counting the 30 feedback cards that were given to the volunteer.

NPS (Net Promotor Score) was +54 (28 promotors, 25 neutral, no detractors) – if I consider people that didn’t give a card as neutral.

I feel even better because of how I focused my attention on other projects and how hard I worked over the last year.

Since that “failure” I’ve gone through another series of personal coaching sessions, the Linked In group I started after my failure last year now has over 400 members, I released my video series (3.5 outta 5 stars so far!), released my first book, started my second book, was invited to Finland to run a series of training sessions, spoke at 5 conferences (and won best Lean Startup talk at LESS) and will be presenting at at least 3 more this year.

I’m proud of those accomplishments and those “successes” have helped me learn as well.

I’ve been writing this post for a few days, struggling to find a lesson and struggling to close it off.  I still feel stuck.  I’ve debated a variety of closing thoughts and to be honest, I don’t know how to close this off.  You have to figure out how you adapt based on your experiences and don’t take other people’s advice too seriously, and yes, that means not taking the advice in that statement too seriously either!