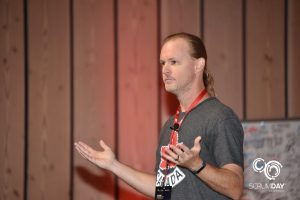 I started my career in IT and while studying electronic engineering at DeVry during the day, I worked midnights programming placement machines that placed components on circuit boards.

From there, I moved into call centre and desktop support where I started developing website using MS Access, Cold Fusion, and Classic ASP (Active Server Pages). My first major project was replacing binders full of call centre routing information with a web app.

In 1999 I fell victim to the dot-com bubble when the company I was working for went under and I started my own web design and development company.

Shortly after that, I became 1 of the 3 first members of a startup that built a platform for selling ringtones and images. There, I created midi ringtones, wallpaper images, and built a backend licensing and content tracking tool with classic ASP.

Eventually I became the director of storefront development and worked on some pretty cool mobile projects for WWE (World Wrestling Entertainment), Much Music, Warner Brothers and Atlantic records. I still have my autographed Ric Flair action figure from visiting WWE’s headquarters when the attitude era was at its peak!

I started using agile practices around the year 2000 when that startup grew from the 3 of us to 50 and finally to 200 within a year.

From 2002 to 2008 I worked as a product owner, and scrum master for the most part and then started my consulting career as an agile coach, trainer and consultant.

In 2012 I released Agile Transformation: A Guide to Organizational Change which launched the Live Lessons brand along with Lyssa Adkin’s Coaching Agile Teams live lessons.

In 2012 I released the terrible version of Lean Change Management on Leanpub and re-wrote, and re-released it in 2014.

In 2014 I founded the Lean Change Management Association, which is now the Modern Change Community.

Finally, I released Change Agility in 2020 after finding an old manuscript I wrote in 2019 but never released.

In early 2021 I joined Spero Careers Canada as CTO and built our platform that helps employment coaches in the autism space provide higher quality service for job seekers.

In my spare time, I’m the drummer for Clever Weapon, and also a songwriter, and music producer amongst other things.

Jason is the author of Change Agility, Lean Change Management and Agile Transformation: A Guide to Organizational Change.  In additional to revolutionizing the world of change, he’s also CTO of Spero Careers Canada, a company dedicated to solving the autism employment crisis.

Jason began his career as a web developer when Cold Fusion roamed the earth. Over the years, he moved into management, Agile Coaching and consulting. The bumps and bruises collected along the way brought him to the realization that helping organizations adopt Agile practices was less about the practices, and all about change.

In 2008 he attended an experiential learning conference about how people experience change and since then, he’s been writing, and speaking, all over the world about helping organizations discover more effective practices for managing organizational change. He is the author of Change Agility, Lean Change Management and an international speaker who has spoken all over the world from Canada, the US, Finland, Germany, Australia, Belgium and more. 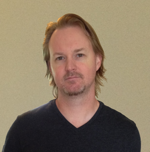 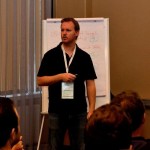