Did you know 70% of changes fail? Did you know your organization WILL DIE if you don’t INNOVATE NOW!!!??!?? 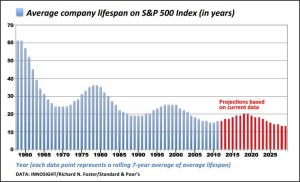 If THAT’S not enough urgency for change, then what is?

From the 12 failure modes of agile to the 269,000,000 articles about why change fails, we are obsessed with the negative. A colleague of mine likes to say, “our brains are like velcro when it comes to negativity and like teflon when it comes to positivity.”

I ran a Lego Serious Play session with a small client (~100 people) last week. They expect to double in size in the coming year(s) and they wanted to explore how they can avoid turning into a bureaucratic mess.

I had them do an exercise that would describe what they wanted their organization to look like 6 months from now. That allowed a conversation to emerge around how they have been able to establish credibility in the market dominated by huge corporations and how they’ve been able to ‘purge and reinvent themselves’ when necessary. Sometimes that meant getting rid of people who didn’t fit their mission. sometimes that meant re-platforming or rebuilding applications from scratch. Which they’ve done. Twice.

The funny thing is, tell anyone you had to rebuild an application twice and they’ll immediately tell you why you’re wrong. Well, it’s working for these guys.

Then the most amazing thing happened. After the discussions I asked them if they could recite their organization’s mission statement. HALF THE GROUP immediately stated it out loud.

I was shocked! I had never experienced that before.

They hired me to help them explore what keeping the goodness of being a startup meant and they asked me what my assessment was. It was pretty easy to tell them that they are in much better shape than most of the organizations I’ve worked for over the years. They have healthy internal competition, they do what’s necessary to change when they need to, and there doesn’t appear to be a fear to speak your mind.

Yeah, there’s probably some stuff under the covers that all organizations have, but overall, they’re doing quite well.

I visited another organization recently that I worked for many years ago. They had 4 big problems they wanted help solving. These problems were the usual: “how do we innovate more? how to we make sure we’re as productive as we could be? how do we measure if things are working?“.

So I reflected back to them that they’re double in size, making shitloads of money, acquiring new customers and breaking into new sub-segments. I also reflected back to them that when I worked there 6 years ago, they had the SAME problems…except for the ‘more innovation‘ problem. Since then, they’ve double in size and have gone from 8 teams to 30.

They must be doing something right otherwise they’d have been bought (which would be good too), or dead (which might also be good…but it could be bad too)

Of course, they see all the day-to-day problems, like people not communicating as goodly as they should, or the separation of product management and engineering, or the constant push to do more with less, but when it’s all said and done, people are happy and they’re doing well.

Here’s a great example. As we explored ideas for solving this problem, we talked about the pros and cons of hierarchies versus networks, organizing by value stream versus functional, and changing the role of the manager from traditional to more of a coach/mentor.

I asked them that if a team doesn’t follow the ‘standard’ process and it works, do you really care? One of the folks told me a story about how a group of teams had been working on a project and a whole bunch of code was changing during regression testing. Queue the Agile people: “BUT REGRESSION IS BUILT INTO THE SPRINTS!!! YOU’RE DOING AGILE WRONG!!!!!” Leave your angry comments below.

Then he said they stopped doing that for the next project and it worked much better. Regression was regression, and the only code that changed were fixes.

I asked him how that decision came to be. He said the teams decided. I said AWESOME! That’s what being an Agile organization is. Looking at a problem and having the people on the teams decide, and agree, on an improvement.

They weren’t convinced, more or less, but the point is. I guarantee your organization is doing great things, despite how many time the Agile community tells you that you suck.

Celebrate those wins! The odds are your organization will be acquired, or die off or evolve into a different business. That’s the way business works.

Don’t worry about it, enjoy the ride and enjoy what you do!