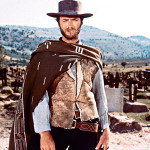 This year was my 3rd Agile 20XX conference and it gets bigger every year.  I had a great chat with Ellen Gottesdiener and she mentioned she had been to all of them since 2002 and it’s come a long way from a handful of people sitting around tables!

Let’s do this in reverse order and start with the ugly.

If you were watching the hashtag stream on Tuesday, it was hit pretty hard by spammers!  This year the organizers tried to archive the event in Eventifier and Epilogger and I don’t think those were the reasons for the spam but let’s say it wasn’t pleasant when the, ahem, creative pix were posted using our hashtag!

Equally as ugly was the rants against SAFe and more mud slinging between supposed ‘software thought leaders’ trying to prove their “method” was bigger than their rivals.  Whether it was this post damning SAFe as RUP or this post claiming “Agile is selling snake oil….so buy my method instead”, shouldn’t we mere commoners expect more from people who are supposedly trying to advance how software organizations deliver?

I’m not a huge fan of big frameworks (Disclaimer: I do like D.A.D because it seems built on common sense and reality and it’s much less prescriptive) but the absolute hate-fest for SAFe was alarming from a group of people who claim to be more enlightened than normal people.  Big organizations want big frameworks.  Well, some do and if they do, let them have it!  It’ll either help them or accelerate the extinction process.   I’ll reserve my final opinion on SAFe until I get involved with a company using it.  I’d wager most of the people who have such a strong hate for SAFe haven’t worked in an enterprise organization and simply hate it because “it’s not Agile“.

I suggested a hack to the conference to a few folks.  The idea was to put posters up in the main registration area and have people vote on their favourite method pitting Scrum vs Kanban vs Lean Startup vs SAFe vs DAD vs….well, you get the idea.  This would be a WWE style, “loser leaves town match”.

I didn’t have the stones to do it but some people thought it would have been pretty cool to see!

Not Soooo Bad But…

I should have taken a picture of my favourite phrase that was written on one of the whiteboards:

Yes, this was an Agile conference but haven’t we moved past this already?   It seems at least one person hasn’t, although I don’t know how many times I heard this while walking around.  It seems the people who really get “Agile” were the ones in the audience who said stuff like “well, that didn’t work for us because of this reason so we tried that other thing and it worked“.

If you’re a frequent reader of my blog (first of all, thanks!! I appreciate that!!)  you’re probably aware I’ve been drifting away from all the Agile-y stuff for a while.  I’m still all about the values and principles but it’s rooted more in building relationships through facilitation and conversation than focusing on Agile.

After all, the ideas behind Agile aren’t new, it seems we’re re-discovering and re-inventing stuff that’s been around for decades.

First of all, it was awesome that I didn’t tank this time!

Second, I went to more sessions this year than I ever have and I also setup a Trello learning board for myself.  I was happy that Lean Change Management sold 2 copies at the conference and then another 5 after it was over!  My top 4 sessions were:

1)  Jutta Eckstein’s session helped me learn better language for changing the question “how long and how much?” into “how much are you willing to spend to solve this problem?”  Most of her session was rooted in Human Systems Dynamics, of which I know very little, but it resonated quite well and gave me more to learn. I was also happy she talked about Beyond Budgeting and I was really happy when someone in the audience shared a story of how they are trying to implement it.

She also spoke about research specific to predictions by Philip Tetlock and that some ‘experts’ are only slightly more accurate than a dart-throwing chimp.

2)   Sophie Freiermuth, sketch-nothing session.   I’m a creative person (I think?) but suck at sketching.  I picked up some great insights into practicing different techniques, how to re-calibrate my brain and how to not focus on creating a nice looking ‘thing’.  Sketching is about capturing the conversation in a compelling way and it’s effective when you can quickly sketch and playback the meeting or conversation.

3) Dan LeFebvre’s Dynamic Governance (Prime) Session.    I talked to Dan about this a couple of years ago at Agile 2011 but I missed his session then so I was happy to see how it evolved over the last couple of years.  Dynamic Governance (which is being re-branded to be called “Prime”) is based on Sociocracy.  I have always believed that creating dynamic, consent-based structures is a tremendously effective way to increase information flow in organizations and I took away some ideas for how better to implement these ideas.

4)  Andew Annett’s and Sue Johnston’s Communication Katas:  I saved the best for last.  I am biased because I’ve had the pleasure of working with Andrew for almost a year on a coaching engagement and am a huge fan of Sue’s book.  They knocked it out of the park with this one not only with the content, but the clarity of the language they used to deliver the session.    Much of the ‘art of change’ that underpins Lean Change Management is based on SCARF by David Rock and Argyris’ Ladder of Perception and the kata’s they facilitated on those models can be done by anyone who wants to have more effective conversations in their organization.  My mouth usually thinks faster than my brain does so I learned a lot by watching them facilitate and how deliberate their choice of words were.

I did have to leave early so I missed all the sessions on Thursday, which was a bummer, but overall I had a great time!  I was pleased to see so many sessions that stretched into other areas that typically aren’t talked about at Agile conferences, outside the really small cutting edge conferences that is.

The venue was fantastic, the conference was well organized and the conversations with old friends and new friends were fantastic.   There were talks, workshops, open-jams, adhoc sessions and more so there was plenty of choice for people who were new and people who typically hang out in the hallways.