Agile42 posted a fantastic case study about the use of SAFe with one of their clients recently. I’m no fan of SAFe, but I recognize some big organizations need a “thing” to help them deal with the uncertainty of scaling Agile.

This post is designed to show an alternative to opening up the SAFe cookbook. Namely, open up the Stone Soup cookbook.

Context: 600 person organization, 5 core teams in IT consisting of ~140 people. The problem these teams was facing was that one team’s changes would break another team’s changes because of tight coupling. They would usually find out after a production release or way to late in the development cycle to do anything about it…other than to stay up all night and weekend fixing stuff.

I was talking to the release manager and suggested we implement a release wall to highlight the problem. Sorry for the horrible quality picture, but this was 2010 when all I had was the lowly iPhone 3. 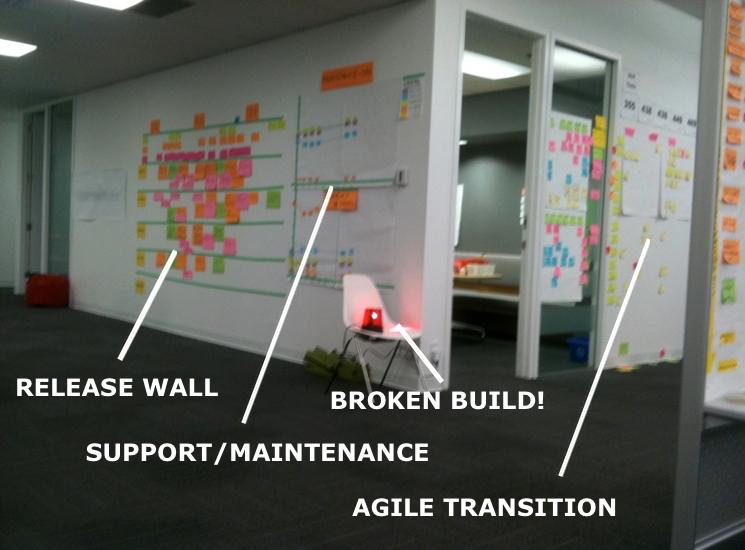 How this wall worked:

Other Things We Did

What We Didn’t Do

I presented this at Lean 2011, here are the details

In another organization, we implemented a smaller-scale version of this release wall: 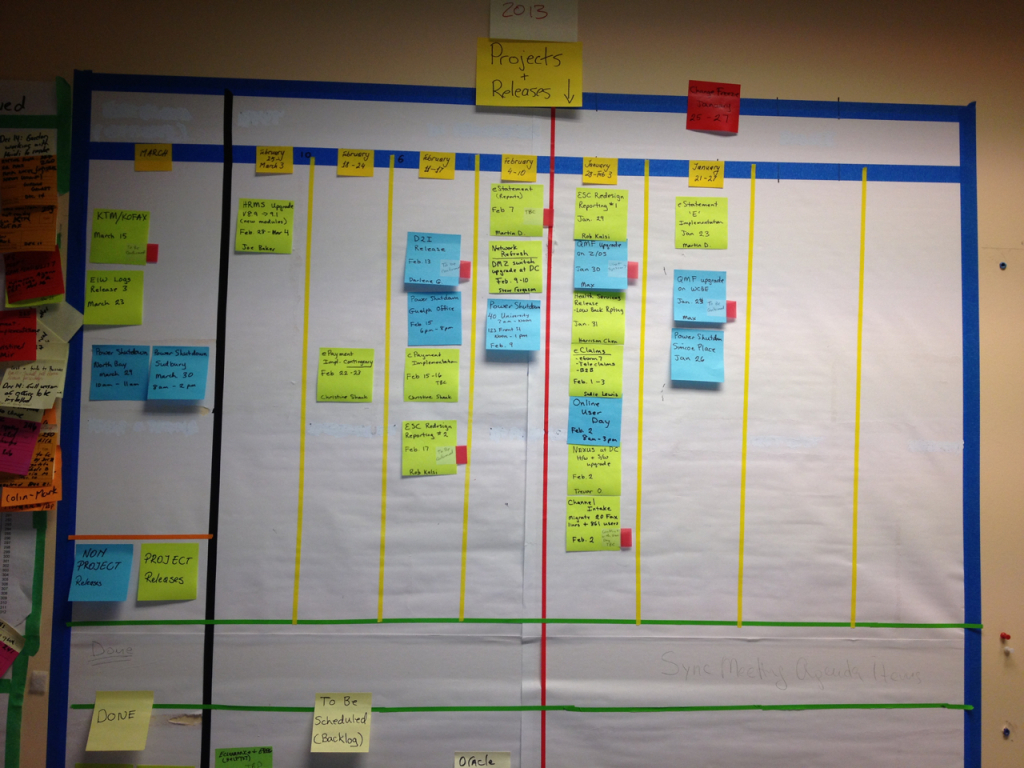 Left-most column: The application being released
Across the top: Dates for each release, this organization scheduled releases every weekend. They wouldn’t release every weekend, but they did all their production pushes on the weekend.
Colours: Blue tickets were non-project related work, Green tickets were project related work
Flags: Red flags meant something done got busted! Or it was late or not implemented.
The IT Change Manager owned this wall. After our Monday enterprise standup, she would ask anyone involved in the release that happened on the weekend to stick around and update the wall. She would then ask anyone to update her on what releases were coming over the next week or two.
What Worked
What We Didn’t Do

The Moral of the Story

SAFe isn’t a bad thing. I prefer DAD myself because, to me, SAFe is for cooks and DAD is for chefs but, to each their own!

That said, you don’t need an Agile scaling framework to co-ordinate work in big organizations.

It’s more important to figure out how to do scaled facilitation before scaled Agile. Don’t underestimate the power of well-facilitated conversations in front of a big visible wall.

It’s a low effort, possibly high-return experiment, what’s the worst that could happen?